For Phantasialand’s industrial themed world Rookburgh, we produced a steampunk looking 1:1 replica of a real old fashioned train and several boilers amongst other things.

The large scale steampunk train, that we have produced, has been placed on railroads high above the ground and functions as an eye catching element in the themed world.

When walking around the area amongst towering brick walls and black coal depots you’ll see several boilers produced to fit the one of a kind steampunk industrial themed world. These boilers as well as other heavy themed elements that we have produced can also be seen when riding the area’s first flying coaster with catapult launch, “FLY”. 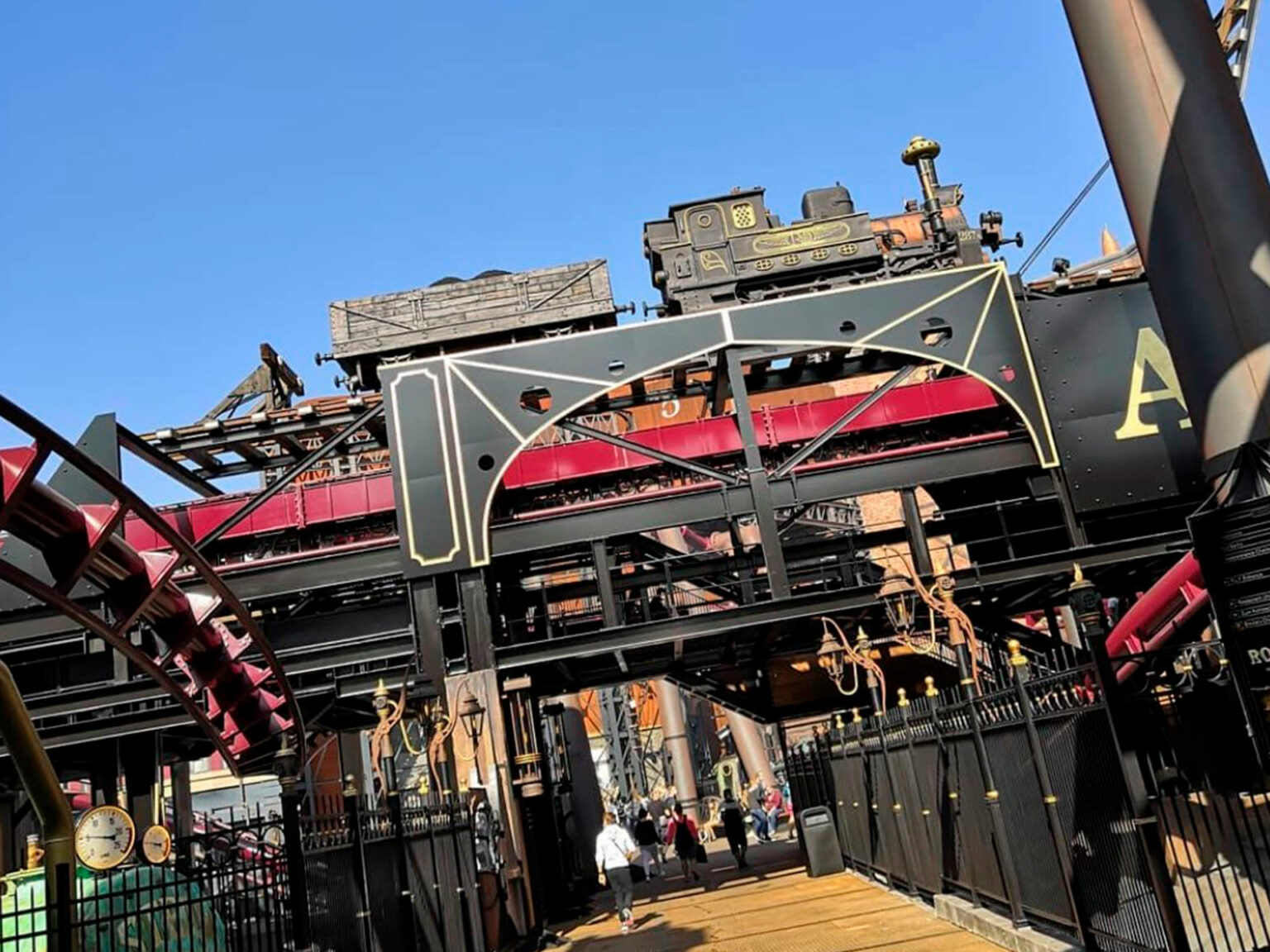 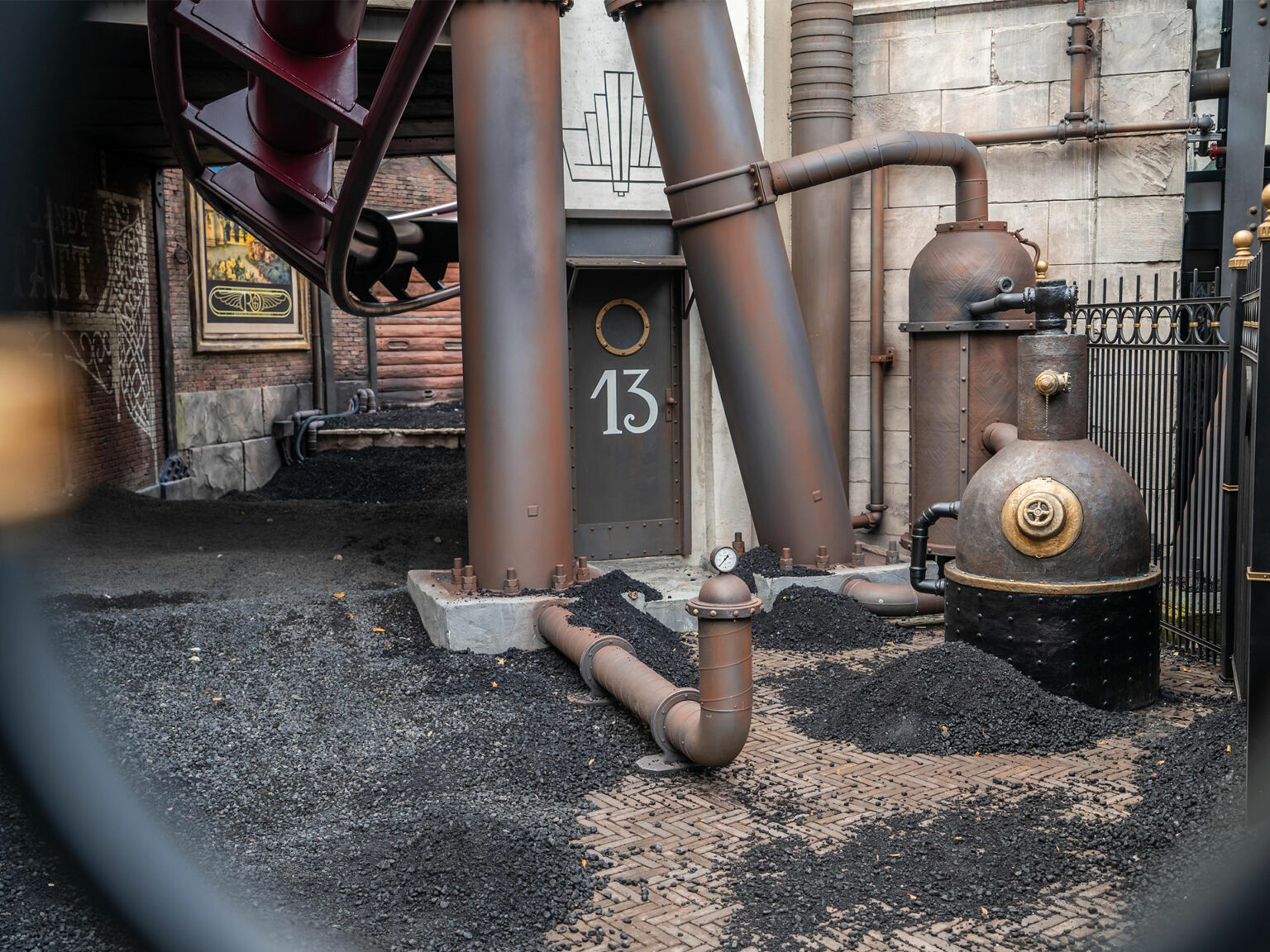 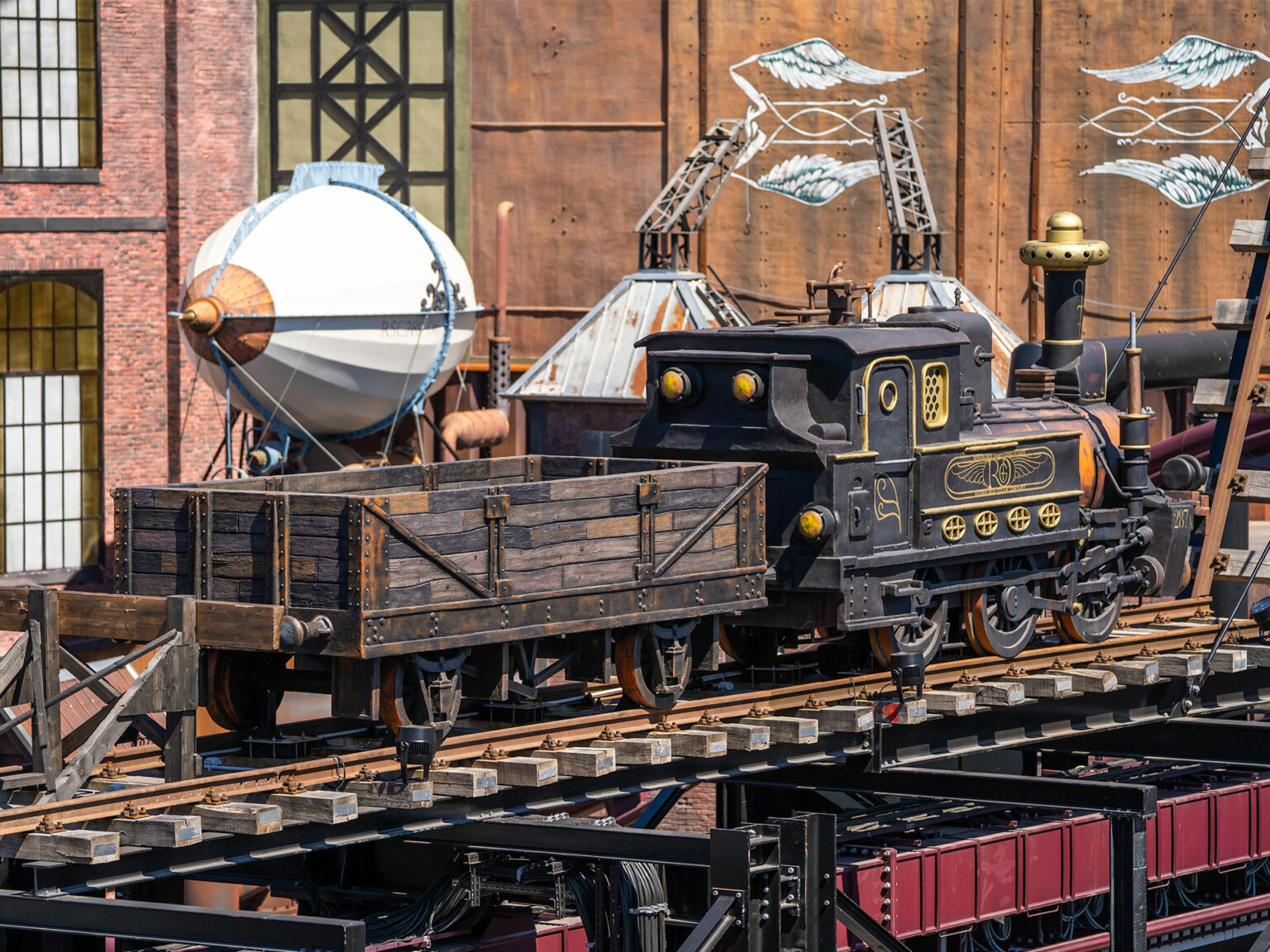 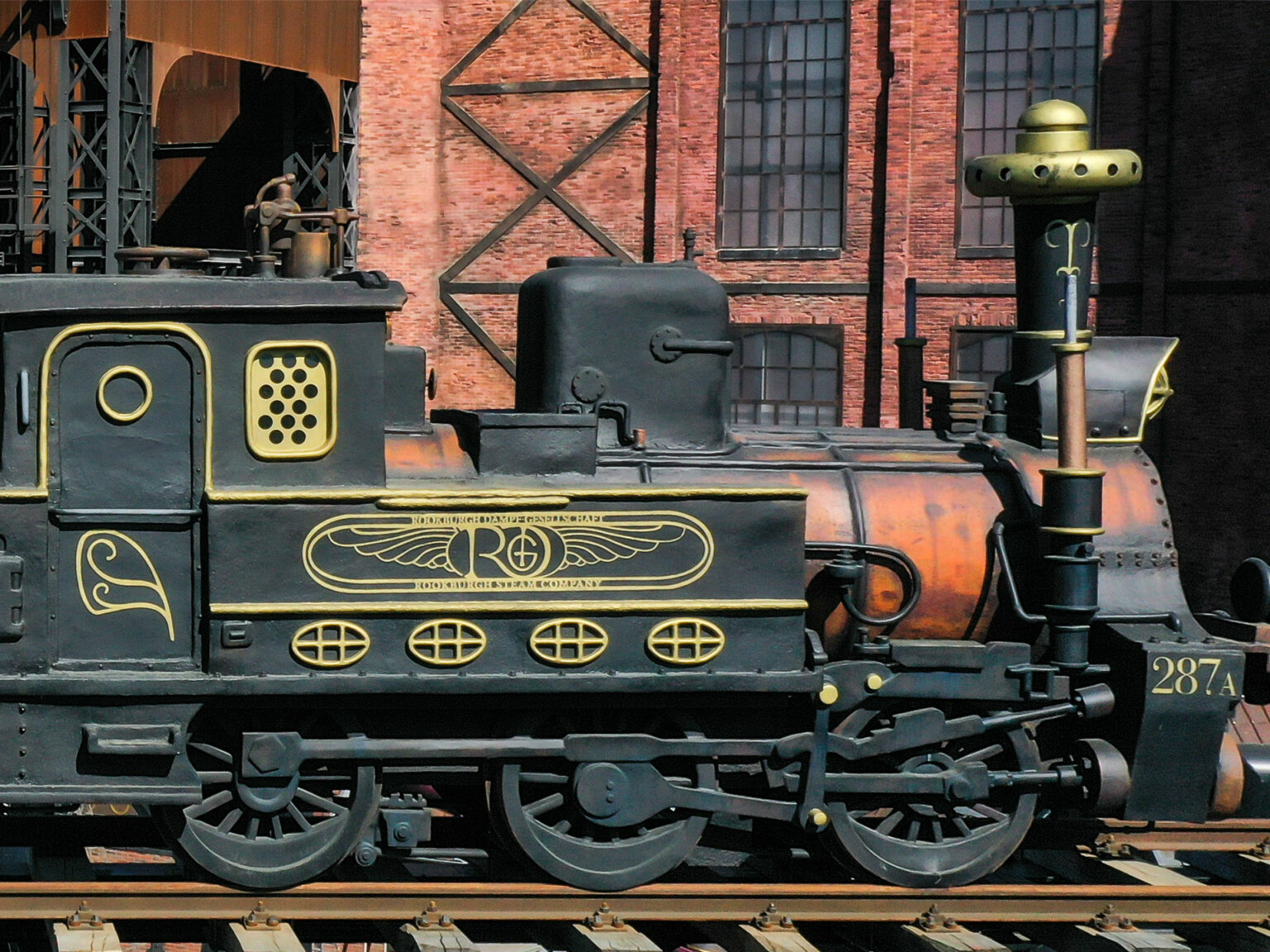